Urban Renewal to Shape a "New" Downtown in Bogota, Colombia

Infrastructure for the Elderly: Learning from the Netherlands' Aging Population

In Montreal, A Different Way of Looking at Historic Preservation

Infrastructure for the Elderly: Learning from the Nether...

Urban Renewal to Shape a "New" Downtown in Bogota, Colombia

As the capital city of one of the most violent countries in the world during the 1980s and 1990s, Bogota was not considered an interesting place to travel. The negative imagery of Bogota was comprised of rioting, gang- and drug-related violence, as well as deteriorated buildings and public spaces. Nonetheless, Bogota has been considered a

by Jaime Solorzano-Pescador April 9, 2014 No comments

As the capital city of one of the most violent countries in the world during the 1980s and 1990s, Bogota was not considered an interesting place to travel. The negative imagery of Bogota was comprised of rioting, gang- and drug-related violence, as well as deteriorated buildings and public spaces. Nonetheless, Bogota has been considered a successful case of urban development and transformation since 2003. This has mainly been driven by its BRT system (Transmilenio) and new public libraries and parks in former marginal areas, which helped to improve the quality of life of millions of citizens. The renewal of the downtown was part of the process, with important projects that helped to recover and promote public space. Nowadays, there are new public and private projects that will consolidate the development of this area.

After the assassination of populist leader Jorge Eliecer Gaitan in 1948, Bogota’s downtown was partially destroyed by rioting, causing the displacement of many residents, and the decay of the most important place in the city. Downtown remained a place of commerce, and a place to work and/or to study, but it was also considered an unsafe and unlivable place because of drug dealing, crime, and inadequate public transportation.

Although an early renewal process started in the 1970s, with plans to preserve Bogota’s historical condition, the most important projects were developed during Enrique Peñalosa’s term as the city’s Mayor (1998 to 2000). These projects involved improving the quality of public spaces and the transportation system, such as the Tercer Milenio Park (built over an old neighborhood taken by drug dealers and homeless), San Victorino Square and Jimenez Avenue, which also helped to recover public spaces that were controlled by informal commerce and micro trafficking. Bogota’s downtown renewal projects transformed the urban space, increased the green areas, changed the perception of people and made space for new residents. 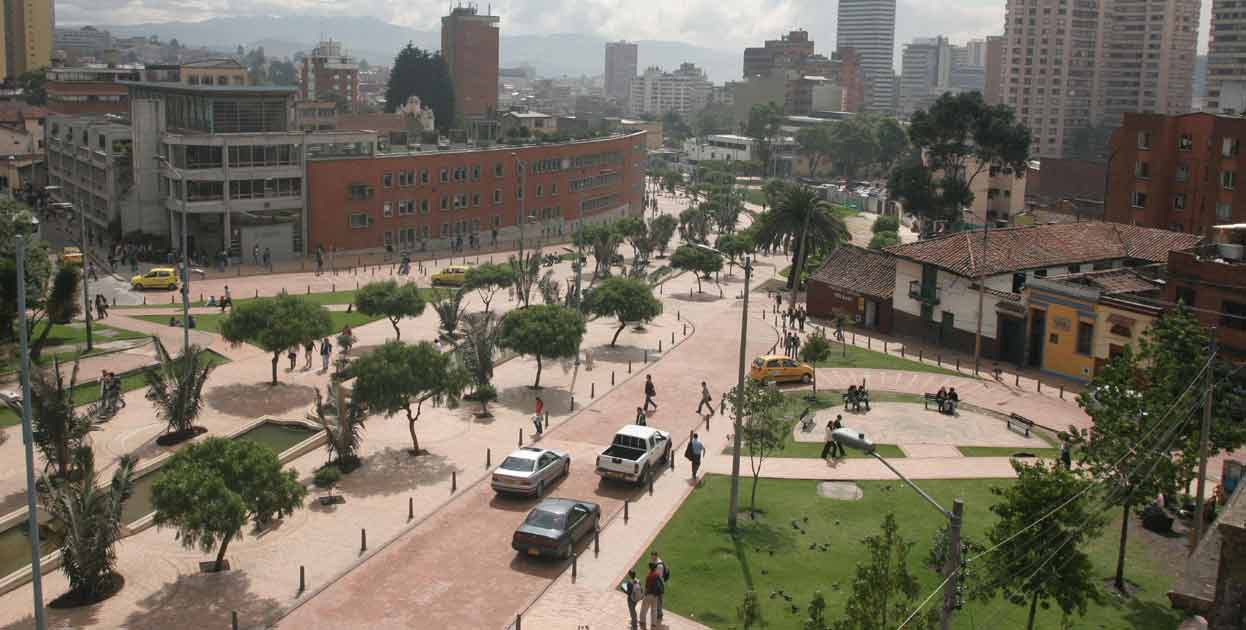 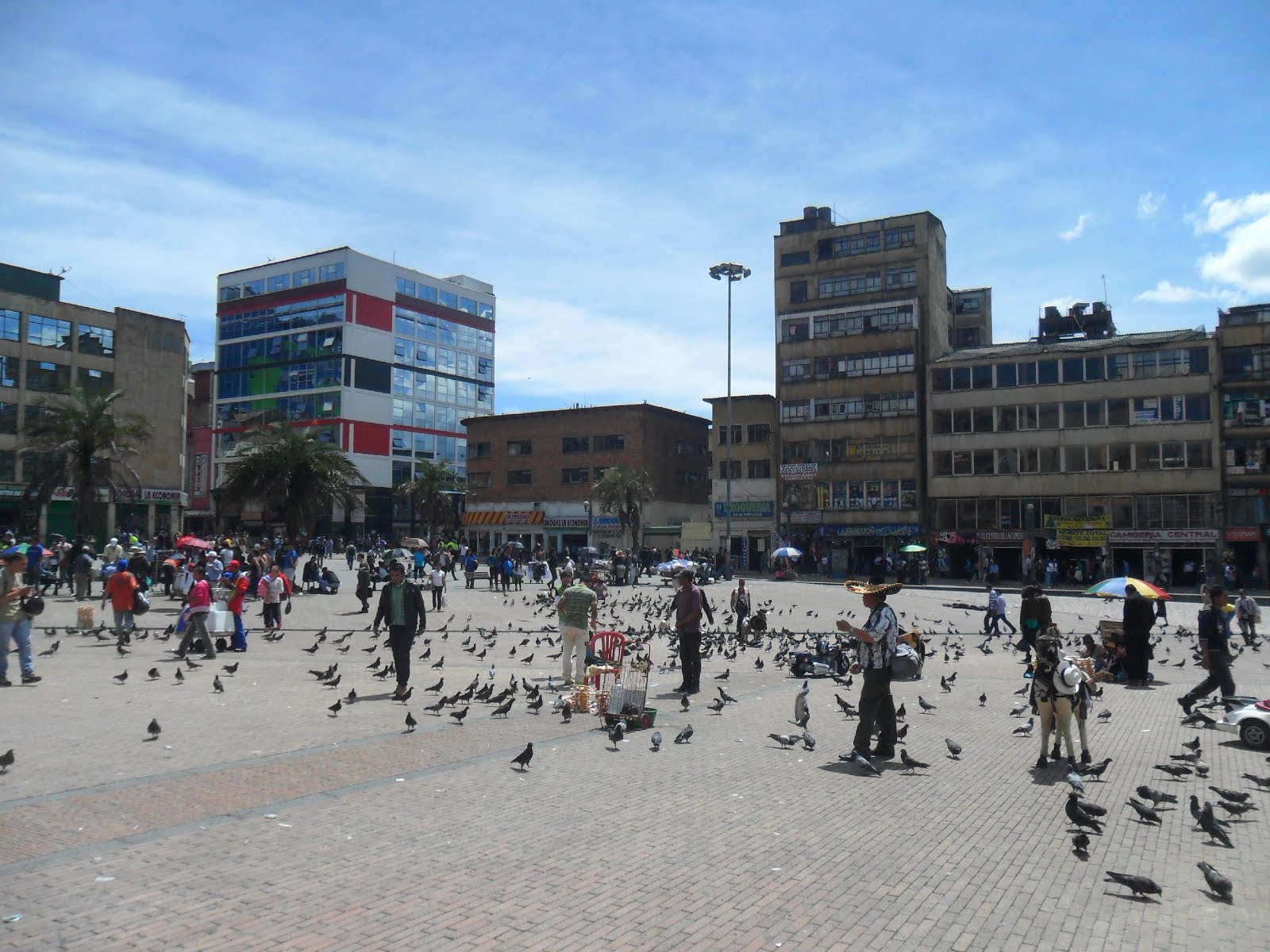 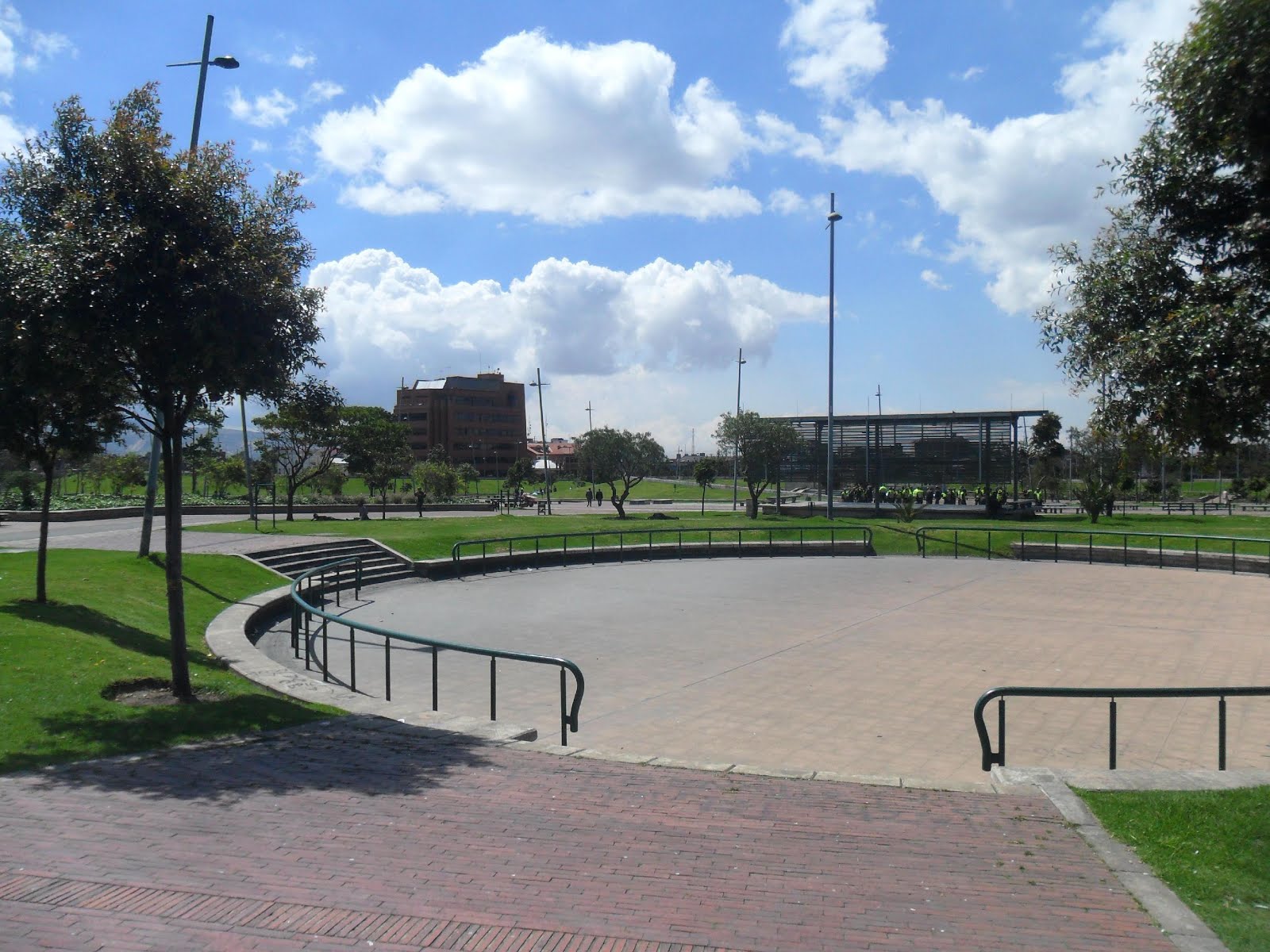 The Urban Renewal Enterprise (ERU, in Spanish) has been planning and suggesting new projects to reinforce the development of the downtown and the central area of Bogota since 1999, according to the policies established in the Local and Land Development Plans. The ERU promotes public projects and public/private partnerships to offer housing, offices and entertainment spaces. Also, the national government is interested in the restoration of historical buildings to centralize public offices such as Ministries, as well as to develop new urban projects in renewed areas. Former Mayor Gustavo Petro (removed from office) suggested a compact city as the development model for Bogota, in order to avoid sprawl and conurbation with surrounding towns. The initiative called “Centro Ampliado,” intends to make efficient land use, reduce social and spatial segregation, and promotes the use of public transportation to achieve a sustainable city. 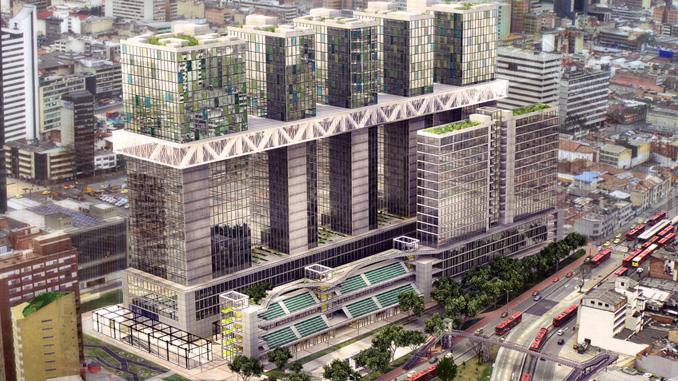 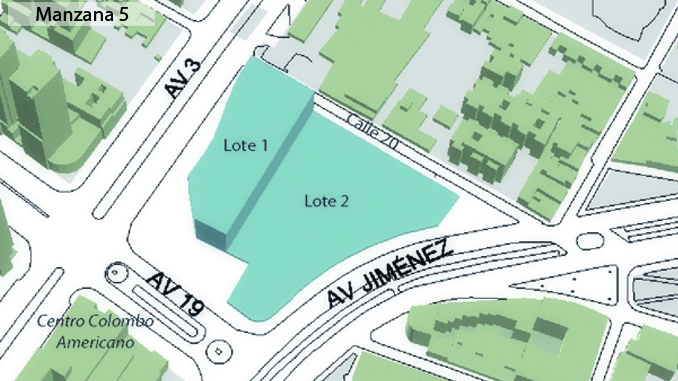 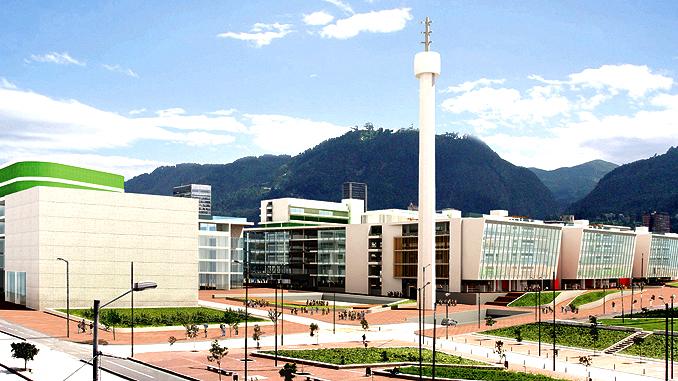 However, this initiative has not been free of criticism, mainly due to the current costs of construction in the city, the lack of a subway system, and the problems that have affected the BRT system in recent years. Urban experts and firms criticize the Land Use Plan because of its constraints for sprawling, and its effects on housing and land prices and the integration of different transportation systems. Albeit, there has not been any important progress, and this implementation delay will bring higher costs for builders and customers.

Former renewal policies were successful in recovering iconic places in the downtown area in order to change the imaginary and to attract people and investments. But they came with some criticisms on whether the management of social issues was appropriate. Is it just a spatial renewal? What would happen with the actual residents and workers? Criticism from Jane Jacobs about urban renewal laws and policies in the US are valid for the current situation in Bogota: new projects to produce higher tax yields change the current population, while shifting slums to other zones. Gentrification appears as a problem for residents in popular neighborhoods, because of the rise of land prices and possible displacement from Downtown.

The success of the current urban agenda depends on the adequate use of policy instruments, the available resources (especially the interest of private investors) and the political support for the mayor. In recent years, corruption cases affected the former mayor and secretaries, causing serious delays in the construction of infrastructure for the city. Will Bogota recover its past development path?

Current projects for the downtown’s renewal are attractive (and necessary) to strengthen the development of the area. The hope is that by building a sustainable and equitable city, they will improve the quality of life in Bogota. However, the current political situation in the city doesn’t help to achieve this purpose.

What are the main features of the renewal projects in your city´s Downtown? Do they have strong support by government, investors and citizens, or do these renovation projects lead to conflict between local governments and residents? Is it due to possible gentrification?

Jaime Solorzano-Pescador is a guest blogger for The Grid and a political scientist at Javeriana University in Bogota. He is currently undergoing a M.A. in Urban Development at the Catholic University of Chile. His interests in research are mainly urb...

Green Light Given for Bike Path in Montreal, Canada

Infrastructure for the Elderly: Learning from the Netherlands' Aging Population

In Montreal, A Different Way of Looking at Historic Preservation

Infrastructure for the Elderly: Learning from the Nether...