5 Reasons Why Urban Renewal is So Import...

LEED in Dallas, Texas: Focus on Buildings and Missing the Urban Connection?

Walk the City with us: Thessaloniki, Greece Walking Tours

LEED in Dallas, Texas: Focus on Buildings and Missing th... 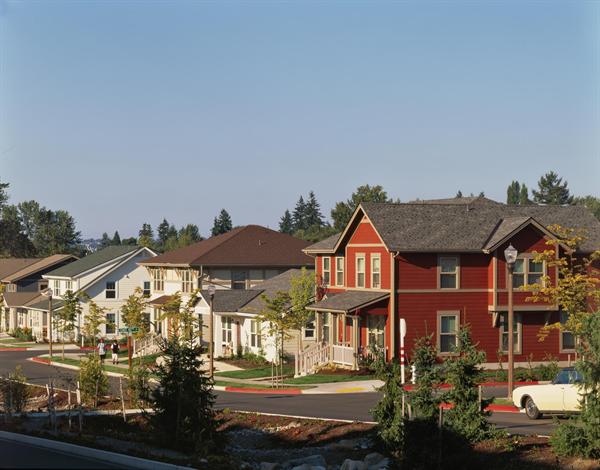 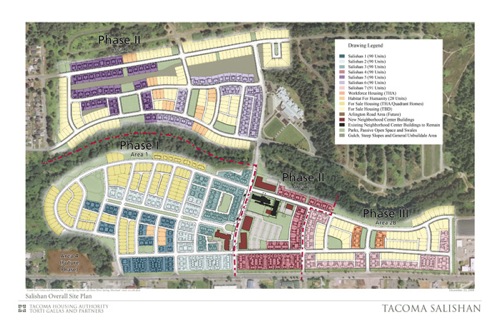 Not only that, but the Salishan 7 affordable housing community earned the distinction as the 10,000th residential project to be certified to the USGBC’s LEED building standard. Each of the house designs, which also achieved 4-Star Built Green Community Certification from the Master Builders of Pierce County, is built to perform 30% more efficiently than an average home and tests at 2.5 air changes per hour at 50PA, or better, in blower door tests.

Among the homes’ energy-efficiency features are:

Originally a World War II temporary housing for shipyard workers, the contemporary Salishan neighborhood has come a long way with the help from urban planners and the community. With the rest of the 200-acre community at LEED-Silver, Salishan is now a mixed-income community filled with appealing modern design Craftsman-style homes. Salishan was developed to be a sustainable community through its walkable design, biofiltraion swales that retain 91% of storm water onsite, the use of two bus lines, and the construction of LEED certified public housing.  This is an important step in showing affordable housing providers that green homes can be the new bench mark even for large housing developments, because in the long run the operational savings far out way the capital cost upfront.

Are there any other examples of walkable, livable, affordable housing communities like Salishan?

Kennith George grew up in the Greater Seattle, Washington area and holds a B.A. in Urban Studies from the University of Washington. His interest began in architecture, but he quickly found his passion in urban planning and policy. He views much of t...

5 Reasons Why Urban Renewal is So Important to the City of Richmond, Virginia

Planning for Pedestrians: How and Why We Should Put People Before Vehicles

LEED in Dallas, Texas: Focus on Buildings and Missing the Urban Connection?

Walk the City with us: Thessaloniki, Greece Walking Tours

LEED in Dallas, Texas: Focus on Buildings and Missing th...