The Importance of Preserving Sheikh Sou Forest in Thessaloniki, Greece

Public participation in urban planning has been transformed by web and mobile-based social media technologies.  From simply informing citizens about a new proposal or plan to actively seeking out citizen suggestions and feedback, social media has changed the way urban planners approach public participation. Planners are always looking for new techniques and tools to engage 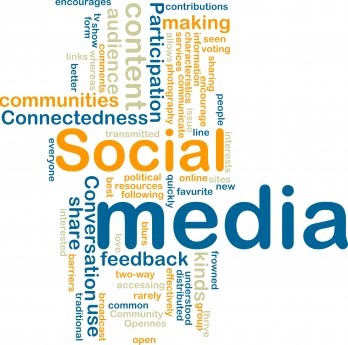 Public participation in urban planning has been transformed by web and mobile-based social media technologies.  From simply informing citizens about a new proposal or plan to actively seeking out citizen suggestions and feedback, social media has changed the way urban planners approach public participation. Planners are always looking for new techniques and tools to engage citizens in planning, and before the rise of microblogging sites, like Twitter, or social networking sites, like Facebook or Foursquare, planners used online collaborative tools, virtual social worlds and hyperlocal blogs and forums to engage with their constituents.

TheGlobe.com ‘invented’ social media in 1994 by introducing an “on-line chat forum… users engage in a real-time conversation” and generate their own content.  The use of social media in planning decision-making did not really take off until the late 1990s when blogging became popular with the 1999 introduction of LiveJournal and other online diary sites.  Still popular today are hyperlocal blogs such as DCist, officially launched in 2004, that give local residents the opportunity to share issues their cities are dealing with and give others an opportunity to comment on it. Launched in 2008, SeeClickFix takes this one step further by providing a space for citizens to report problems so they can be fixed in major cities.

Planners and activists can stay in touch with citizens to make planning more effective and representative through the use social media tools. One of the first cities to successfully use an online collaborative platform to draft a long-term plan was the Australian city of Melbourne led by Dr. Mark Elliott.  The City of Melbourne's ten year city plan: Future Melbourne Wiki had over 30,000 page views and more than 7,000 unique visitors over the four-week period (17 May - 15 June 2008) it was available to the public.  131 members of the general public edited the Wiki’s content.  In addition to developing the city’s new plan, the Wiki provided city officials with an opportunity to gather information about creating an even more effective space for online collaboration for the future.

Social media tools have been used to help communities imagine, design, and build the kind of communities they want. Second Life, the entirely user-created virtual social world released in 2003, has been used for interactive charrettes.  Second Life not only provides a space for online meetings but a chance for users to virtually interact with 3D renderings of potential buildings or spaces.  In 2007 a class at Emerson College chose Second Life to “… communities to express their own visions of public and civic space…” in Boston, MA.

Recently, researchers have focused on collecting and combining information from various social media tools to develop databases and maps. A recent Huffington Post article describes how Carnegie Mellon Computer Science researchers developed Livehoods, a program that uses Foursquare to create a “cultural database of local habits and trends” for cities.  Another project, which is attempting to make sense of social media trends as they relate to mobility is the The Social Networking and Planning Project (SNAPPatx) based in Austin, TX.  SNAPPatx collects information from a variety of social media tools tagged with #snappatx or @snappatx to help Austin planners make sense of how citizens use transportation and explore cities.

Social media has provided tools for citizens and decision makers to have a prolonged, and sometimes almost instant dialogue, but it does have some limits. Unfortunately, not all parts of society have access to these online engagement tools and a recent New York Times article highlights how the Mayor of New York City, Michael Bloomberg, who has “embraced social media,” finds that “ocial media is going to make it even more difficult to make long-term investments... e are basically having a referendum on every single thing that we do every day…”

What do you think will be the long-term impact of social media on planning?  Will plans and initiatives developed through social media be effective in the short and long term?

Born in Baltimore, Maryland, U.S.A but raised in Abidjan, Cote D’Ivoire and Tunis, Tunisia, Akua Nyame-Mensah holds an A.B in Growth and Structure of Cities from Bryn Mawr College and a Masters in City Planning (M.C.P) with a concentration in land us...

Experiments in Web Based Crowdsourcing and Open-Source for Urban Planning

The Importance of Preserving Sheikh Sou Forest in Thessaloniki, Greece