Great Expectations: The Power of Empowering the Impoverished

Alternative Materials: Will Our Future Resilient Cities Rise from the Landfill?

Great Expectations: The Power of Empowering the Impoverished

Since the early 1970’s, St Ann’s has been a somewhat desolate area housing crime and poverty. Through several acts and measures, the area has slowly been adorned with modest improvement, but nothing long-lasting. It wasn’t until late 2010 that Nottingham’s city council creatively crafted together a solar panel scheme for the residents of St Ann’s. The goal of this scheme was to help cut energy bills for residents, whilst generating extra money via the energy produced and used. The extra revenue would be reinvested into more energy efficient improvements for homes and eventually throughout the city.

“If you can surround a person with a new culture, a different web of relationships, then they will absorb new habits of thought and behaviours in ways you will never be able to measure or understand.” - New York Times columnist David Brooks 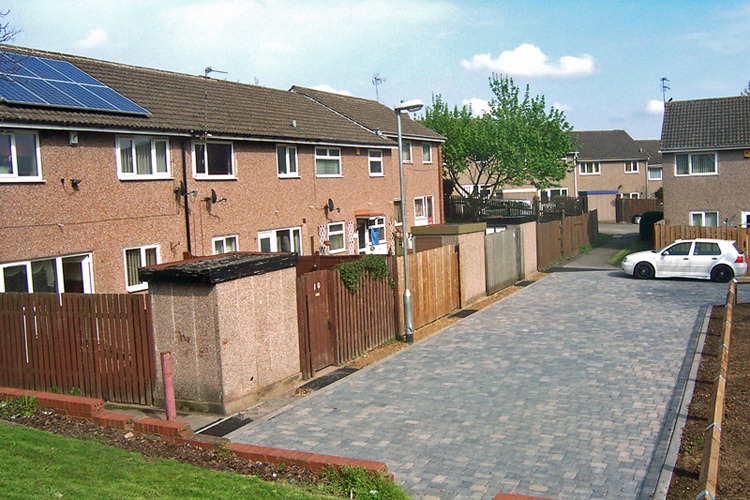 As David Brooks points out, the lasting benefit of changing culture in impoverished communities is the adoption of new ideologies and concepts. In Global Site Plans’ previous articles on the ReThink, ReUse Series, the very point that Brooks is suggesting was highlighted. The educating, encouraging, and empowering of communities in such areas increases the city’s adaptability to environmental mandate changes and regulations. The citizens become more rehearsed and interested in sustainability matters and help accelerate Nottingham and the United Kingdom’s goals to become a more sustainable collective.

As a result to this innovative thinking, Nottingham’s city council and urban planners have created an economical and architectural roadmap for cities struggling with what to do with their poverty and crime stricken areas. Nottingham’s ingenious planning proves that a city’s lower classed citizens can be a part of the city’s greater expectations.

Do you believe in destroying lower socioeconomic areas or revitalizing them?

An Oakland, California native, Michael Jenkins is a recent post graduate from the University of Nottingham Business School with a Masters in Business Administration. Jenkins’ interest in urban regeneration and town planning sprouted during a visit to...

Alternative Materials: Will Our Future Resilient Cities Rise from the Landfill?